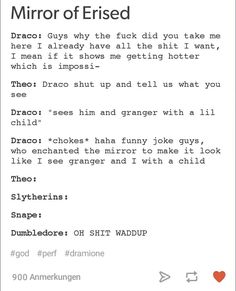 I WANT THIS TO HAPPEN

I WANT THIS TO HAPPEN 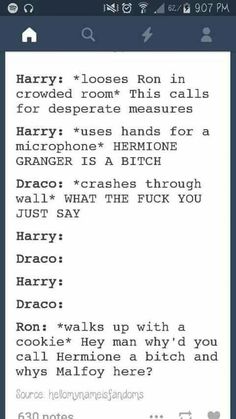 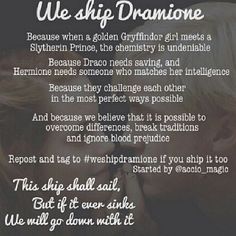 I think JK Rowling could've had a beautiful couple here. Ron and Hermione... they're okay, but it just is so obvious. I knew from the moment during Prizoner of Azkaban when Hermione grabbed Ronald's hand that they would be together... but Dramione would've been better... Just saying. Still lurhv Jo Rowling though so no hate (rose) 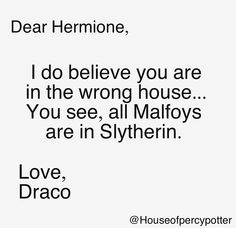 OKAY GUYS LISTEN!I am starting to ship Dramione,but BUT Romione will ALWAYS BE MY NUMBER ONE OTP NOMATTER WHAT!!!!!PLEASE DONT JUDGE ME!:| :) 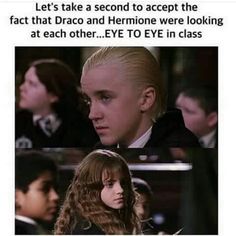 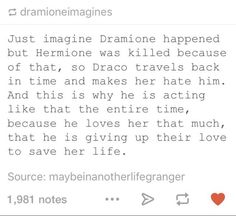 I probs already repinned this but, what the heck!

To be honest, I am a fan of a Draco/Hermione pairing. :) 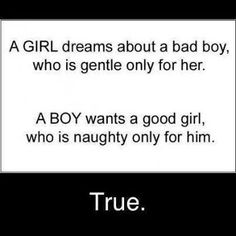 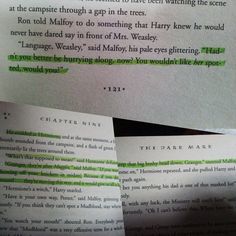 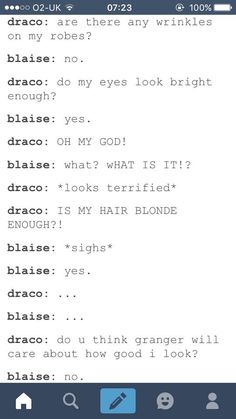 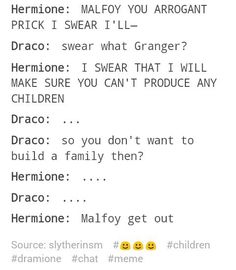 Or, "Oh, we were planning on adoption?"

your blog is responsible for all of my pottertears. ALL OF THEM! You guiseeeee, stop making me feel bad! I keep getting messages about how I keep making you people cry with these. I'm sorry! Haha! 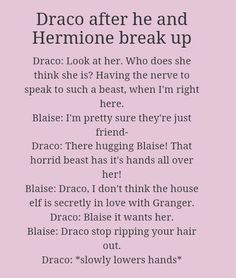 They would never break up though... 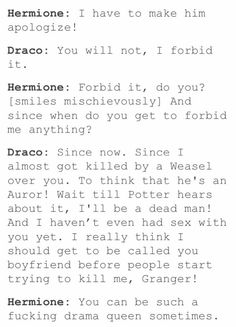