A gorgeous sugar skull makeup tutorial for beginners. Abby does a beautiful job at making it easy to follow along and is very detailed in her tutorial.

Vanessa Davis is a makeup artist who's work might intimidate some people, but her skill will impress probably everyone. Vanessa is drawn to skull symbolism, which in the Western culture is primarily a symbol of death and mortality. She often creates additional contrast by drawing a live animal or plant next to the skull, further highlighting the fragility of life. 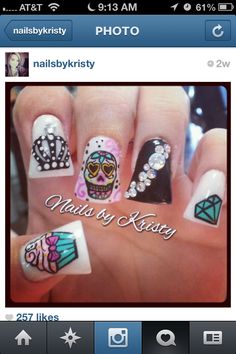 loving the skull and crown the best! 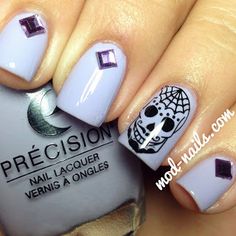 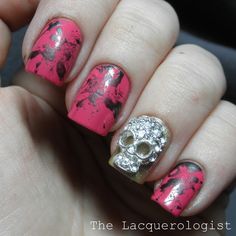 Provided for review Hi everyone! Today I have a manicure that features a Born Pretty Store nail art element and OPI Gwen Stefani pol... 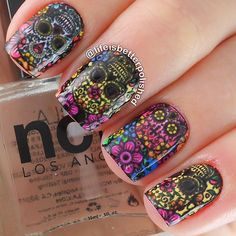 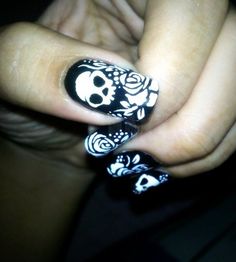 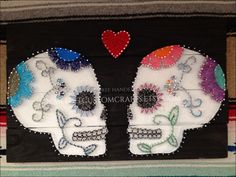 My own original design which was free handed before converting to string art!!! :) Contact me for your custom request - my hubby and I can create ANYTHING!!: naileditcustomcrafts.etsy.com or facebook.com/naileditcustomcrafts #Sugarskull #díadelosmuertos #mexicanart by NailedItCustomCrafts 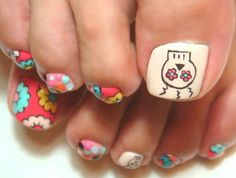 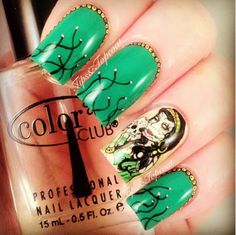 Hi loves, So sorry for the late post - insomnia has hit me so hard, the only time I am getting any sleep is around 6pm for a few hours ugh!... 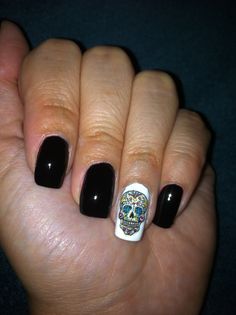 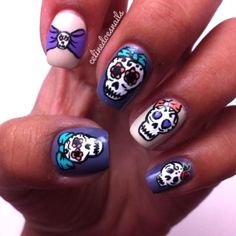 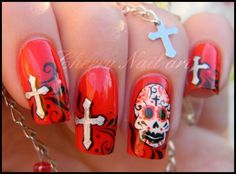 Image shared by Di Ana. Find images and videos about art, red and nails on We Heart It - the app to get lost in what you love. 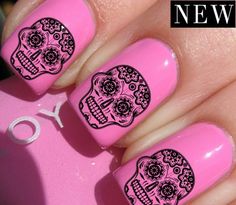 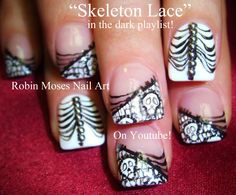 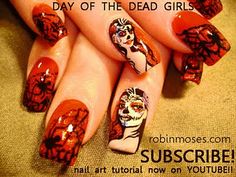 Subscribe to my channel here: http://bit.ly/1UDLr1B Shout me out if you copy this on Instagram: http://instagram.com/robinmosesnailart Here is a day of the d...