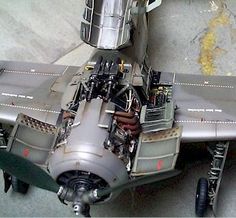 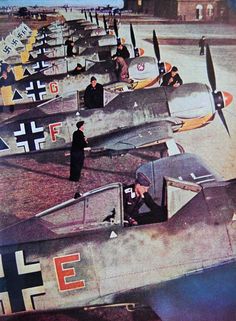 A complete squadron of new Focke Wulf Fw 190 fighters receive the finishing touches before being delivered. These aircraft used a powerful air-cooled radial engine, whose excess of power was intended to compensate for the loss of aerodynamics caused by their flat nose. The water-cooled in-line engines used by the more aerodynamical Me Bf 109 fighters were not available for Focke Wulf when the design of its new aircraft began. 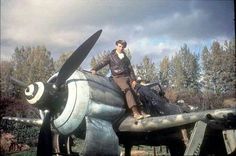 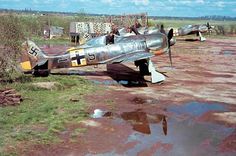 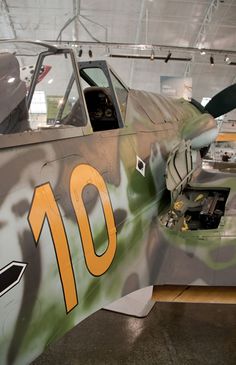 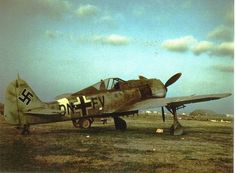 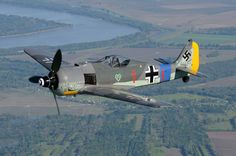 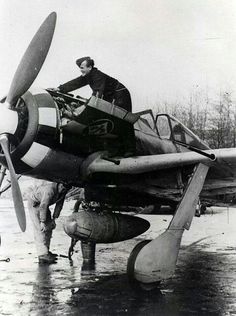 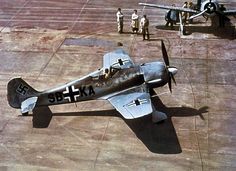 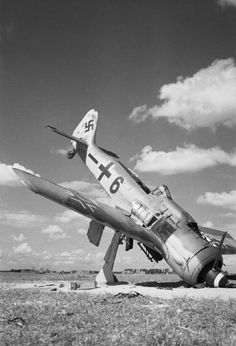 A German Focke-Wulf Fw 190A-8 fighter lies abandoned on an airfield liberated by British troops at Steen Okkerzeel, northeast of Brussels, Belgium - 1944 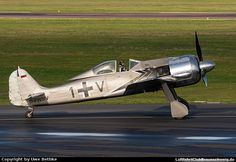 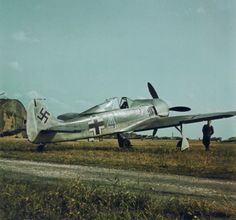 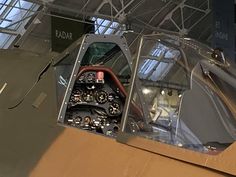 Beautifully restored Fw 190A-5 cockpit from the Flying Heritage Collection… 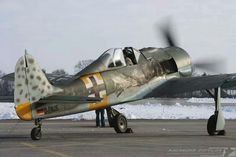