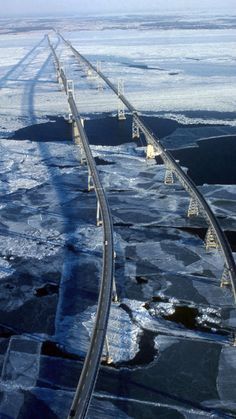 Take a look back at an ice-covered Chesapeake Bay from the early 1900's to the first big snow storms of 2015. 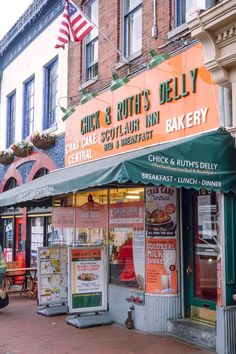 We spent the weekend in Annapolis Maryland and was totally surprised at how charming this little town is. Full of history, amazing food and a relaxed vibe. 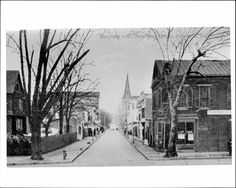 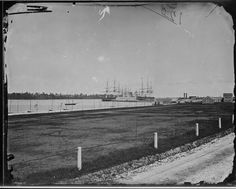 The Then is from the Library of Congress HABS collection. It is dated 1936. Notice how the building in 1936 was already missing its door surround (and door for that matter). I've eaten here before, good food, kind of expensive. I don't remember if the door surround was rebuilt but there's definitely a doorway there now. 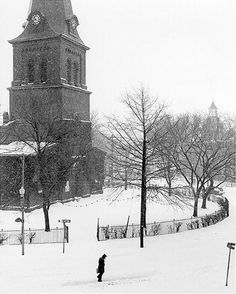 Eye of the Beholder -- Photograph 33 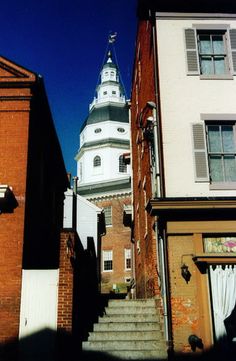 Visions of Annapolis: 50 years past, present and future

Annapolis is home to the oldest continuously used state house in the country. The city has more than 1,100 historic buildings and boasts the largest concentration of 18th-century architecture in the United States, according to the Annapolis Historic Foundation. It's that treasure the city must preserve to retain its character and appeal, Annapolis leaders say. 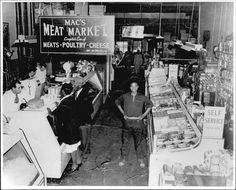 Mac's Meat Market (in the Market House in Annapolis, MD)... Mac Patterson Proprietor... Elwood Jones standing in the aisle... circa 1955... 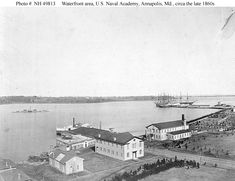 US Naval Academy... (USNA grounds with barracks/school) circa the late 1860s... Two ships (seen in background) are the USS Santee & USS Constitution... 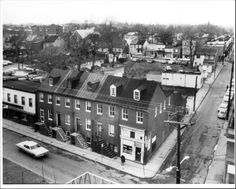 Calvert Street at Clay Street in 1964. This is where the Whitmore Garage and park is located.

Co-owner Dennis Lowman @ Rookie's Market in Annapolis, MD... (It was the last grocery store in downtown Annapolis... Rookie's closed March 12, 1989 after more than 45 years in business)... Note the sign behind Lowman says cold cut subs are $2... 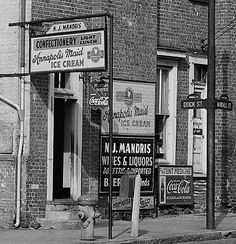 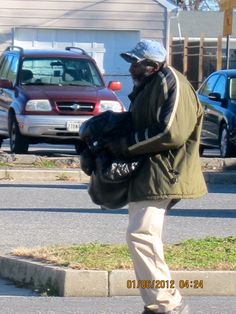 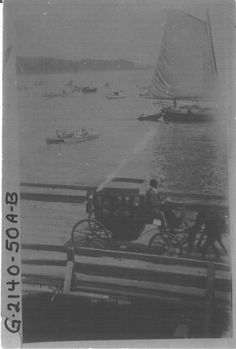