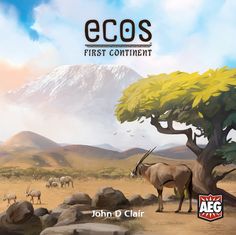 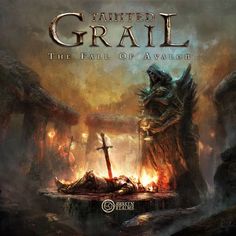 Tainted Grail: The Fall of Avalon

Tainted Grail: the Fall of Avalon is an unforgettable, solo or cooperative adventure experience for 1-4 players. Blending Arthurian legends and Celtic mythology with a unique vision, it allows you to impact the game world in deep and meaningful ways. A deep, branching storyline allows you to tackle problems in different ways, ensuring no two games play alike. Difficult decisions or harrowing choices wait behind every corner and seemingly minor tasks may reverberate with major long-term… 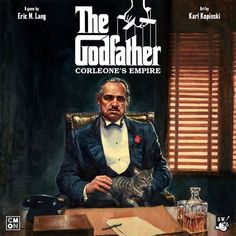 Designer Eric Lang, known for his "dudes on a map" games, describes The Godfather: Corleone's Empire — a standalone big box board game with high-quality miniatures — as "thugs on a map". In short, the game is a streamlined, confrontational worker placement game filled with murder and intrigue. You play as competing mafia families who are vying for economic control of the organized crime networks of New York City, deploying your thugs, your don, your wife, and you 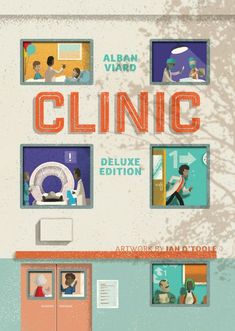 Your Town Center is flourishing, but as the city grows, the need for emergency medical care grows with it. Fortunately, you and your business partners have the wherewithal to build a clinic to help those in need of more than first aid. You quickly get a pre-admissions facility built to help process and route the different cases into the appropriate queues. Unfortunately, just before groundbreaking, your differing views of the ideal clinic cause a schism between you, and you go your separate… 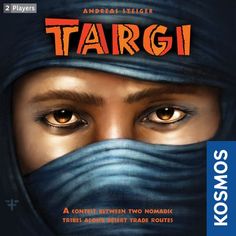 A contest between two nomadic tribes along desert trade routes. 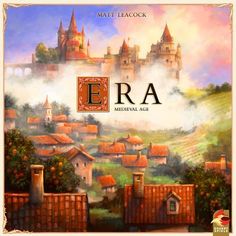 Era: Medieval Age serves as the spiritual successor to Roll Through The Ages. While Roll Through The Ages was a pioneer for roll-and-write-style games, Era is a pioneer for roll-and-build! In Era, your dice represent different classes of medieval society as players attempt to build the most prosperous city. The "build" comes into play as players actually build their cities on their boards. You will use beautifully modeled three-dimensional components such as walls, keeps, farms, and o 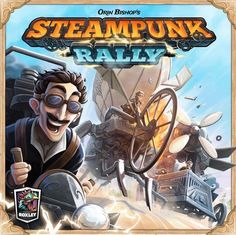 Steampunk Rally is a strategy game that incorporates steampunk as more than just a bit of chrome. Using a unique dice-placement mechanism, players take on the roles of famous inventors from the turn of the last century like Nikola Tesla and Marie Curie, constructing fantastical contraptions that make use of steam, heat and electricity in an attempt to win a no-holds-barred race through the Swiss alps. Each round starts with a card draft in which players carefully select machine parts to add… 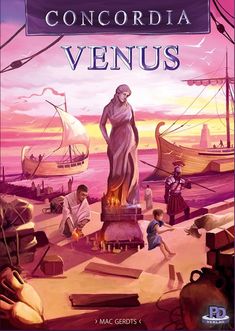 Concordia Venus is a standalone reimplementation of Concordia with some added features. Concordia Venus is a peaceful strategy game of economic development in Roman times for 2-6 players aged 13 and up. Instead of looking to the luck of dice or cards, players must rely on their strategic abilities. Be sure to watch your rivals to determine which goals they are pursuing and where you can outpace them! In the game, colonists are sent out from Rome to settle down in cities that produce bricks… 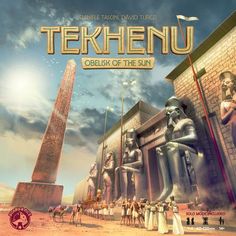 Tekhenu: Obelisk of the Sun

As the Obelisk's shadow moves, use dice to build Iput-Iset and the temple of Amun-Ra. 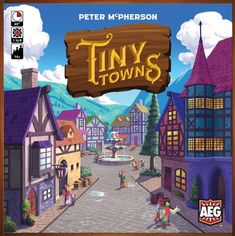 You are the mayor of a tiny town in the forest in which the smaller creatures of the woods have created a civilization hidden away from predators. This new land is small and the resources are scarce, so you take what you can get and never say no to building materials. Cleverly plan and construct a thriving town, and don't let it fill up with wasted resources! Whoever builds the most prosperous tiny town wins! In Tiny Towns, your town is represented by a 4x4 grid on which you will place… 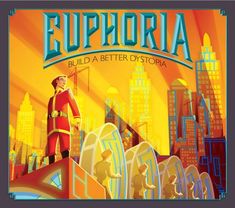 You find yourself in a dystopian cityscape with a few workers at your disposal to make your mark on the world. Like most people in dystopian fiction, your workers are oblivious to their situation. This world is all they've ever known, and you may use them at your whim. The world as we know it has ended, and in its place the city of Euphoria has risen. Believing that a new world order is needed to prevent another apocalypse, the Euphorian elite erect high walls around their golden city and… 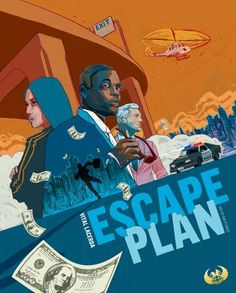 After a successful bank heist, you and your fellow thieves are laying low and enjoying the good life. Most of the cash has been hidden away, and the rest has been invested in businesses throughout the city. Everything is going according to plan until the police get a breakthrough in their investigation. Accusations are made, fingers are pointed, and after a heated argument, you decide to go your separate ways. Chaos ensues as the SWAT team is called in and start to close off the city’s ex 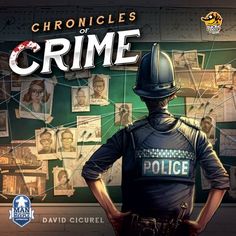 Chronicles of Crime is a cooperative game of crime investigation, mixing an app, a board game and a touch of Virtual Reality. With the same physical components (board, locations, characters and items), players will be able to play plenty of different scenarios and solve as many different crime stories. Players start the app, choose the scenario they want to play, and follow the story. The goal being to catch the killer of the current case in the shortest short time possible. Using the… 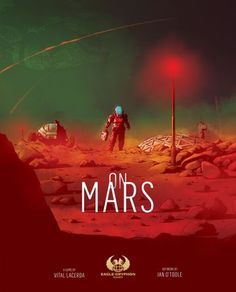 Following the success of unmanned rover missions, the United Nations established the Department of Operations and Mars Exploration (D.O.M.E.). The first settlers arrived on Mars in the year 2037 and in the decades after establishment Mars Base Camp, private exploration companies began work on the creation of a self-sustaining colony. As chief astronaut for one of these enterprises, you want to be a pioneer in the development of the biggest, most advanced colony on Mars by achieving both… 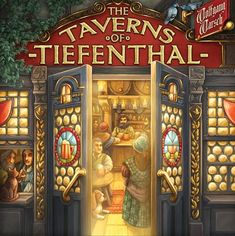 The Taverns of Tiefenthal

Construct and upgrade your own tavern in this beer-filled deckbuilding game. 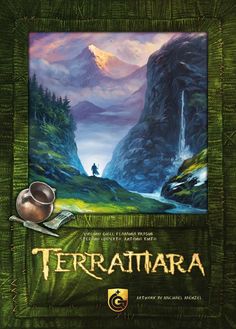 Develop your clan, create useful artefacts and explore the valley by road and boat.