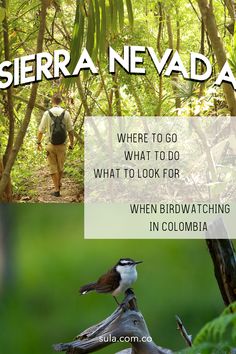 Here! The ULTIMATE COLOMBIA BIRDWATCHING GUIDE... Everything you need to know before coming to Colombia for birdwatching 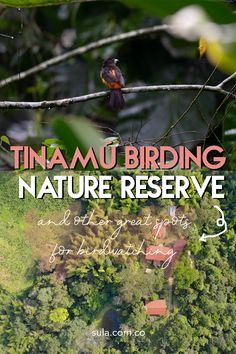 Maybe you know Colombia is the country with more bird species in the world, but do you know where to find them? Click here and get to know the best bird watching spots in Colombia 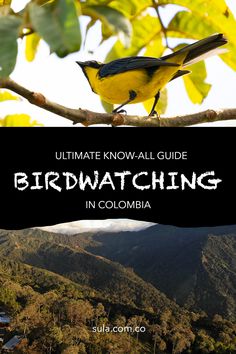 Click here and read the ultimate guide for bird watching in Colombia. 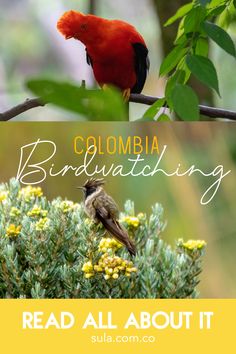 All about BIRD WATCHING in COLOMBIA

Best spots, birding trails, endemic species and where to find them. Basically, everything you need to know about bird watching in Colombia 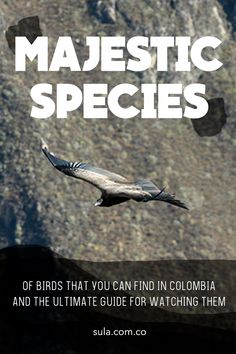 Click here to find everything you need to know before coming to the country with most bird species in the world. 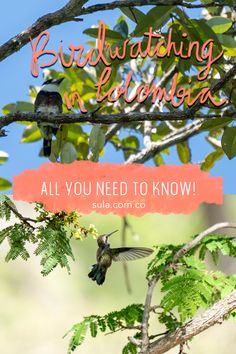 All you need you need to know about bird watching in Colombia!

Are you interested in bird watching? Why not come to the country with more bird species in the world! Click here and discover everything about birdwatching in Colombia

Caquetá is a department that has been the scene of the armed conflict in Colombia. There in the 90s, the FARC's southern bloc consolidated and began its participation in the violence in Colombia. For this reason Caquetá, and some of its municipalities such as Cartagena del Chairá and San Vicente del Caguán have an unpleasant connotation in Colombia and outside the country.

Bahía Solano is located in the Biogeographic Chocó, next to the Pacific Ocean. Bahía Solano is one hotspots of the country with more than 1,900 birds in the world, Colombia. Birdwatching in Bahía Solano Chocó can be done in various ecosystems, such as tropical rain forest, the sea, mangroves and important species such as the Baudo Oropendola, the Brown Booby and approximately six Kingfisher species, such as the Ringed Kingfisher.

Juan Pablo Culasso is a Uruguayan who works in the recording and dissemination of recorded sounds of nature. Juan Pablo travels throughout South America recording sounds of nature and identifying various birds by the sound they make. His talent is so impressive that in 2014 he won the competition of the National Geographic SuperCerebros program for his ability to identify various birds by their sound.

Tinamú Birding Nature Reserve is a reserve located 40 minutes by car from Manizales, the capital of the department of Caldas. Tinamú is a dry forest from 15 Ha to 1,225. m.a.s.l., home to hundreds of species of birds, mammals, reptiles, butterflies and a variety of ancient plants and trees. The perfect place for bird watching in the Colombian Andes with comfortable rooms.

Risaralda: One of the departments with more bird species in Colombia – Bird Watching Colombia

Risaralda is a small department located in the Colombian Coffee Belt and contains much of the biodiversity of the region and the country. Risaralda has more than 800 species of birds, of which 25 are endemic and 54 are almost endemic. In total it has 42% of the birds of Colombia, 80% of the birds of the Coffee Axis, and 8% of the total population of birds in the world.

Hato Altagracia is located 5 hours by car from the municipality of San Luis de Palenque in Casanare. Hato Altagracia is composed of thirteen natural reserves, one of these reserves is the Buenaventura Nature Reserve. The Buenaventura Reserve is the ideal place for llanos safari and bird watching in Casanare, with bird species such as Cocoi Heron, Rufescent Tiger-Heron, Jabiru, Turkey Vulture and Orinoco Goose. There you can also see the best sunset in Colombia.

Birding in Colombia according to a Professional Bird Guide – Colombia Birdwatching

Colombia is the country with most bird species in the world and according to Jérôme, a professional bird guide, Colombia is a country that has not been explored in many areas that contain great biodiversity in birds, due to lack of infrastructure in Colombia. There are many good places for bird watching in Colombia, which the common tourist can easily see some of the most exotic birds in Colombia.

Valle del Cauca is one of the most biodiverse departments in Colombia. There are many places where you can enjoy an incredible experience with nature and perform activities such as bird watching in a region with more than 250 endemic bird species. Some of those places are located at KM 18, 40 minutes from Cali Colombia. These places are Finca La Conchita, Finca Alejandría and the Minga Ecolodge.