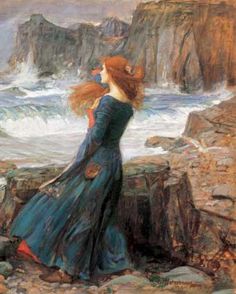 bone is to feather as loved is to lonely

sweetshenanigan: “ the Celtic goddess Sinann/Sionnan, associated with the River Shannon ” It seems this image is a cropped version of a painting named Miranda by J.W. Waterhouse. Miranda was a... 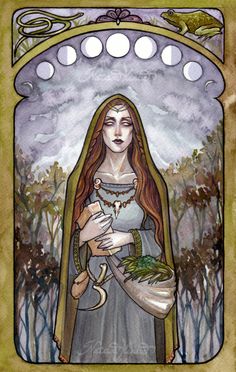 The Healer by NatasaIlincic on DeviantArt

This morning I woke up with this image in my head and I just had to paint it. Dreaming about a healer... must be a good sign, right? (: *** [Facebook&nb... The Healer 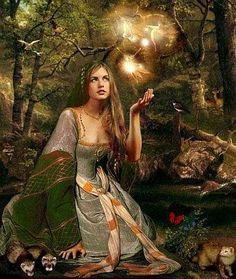 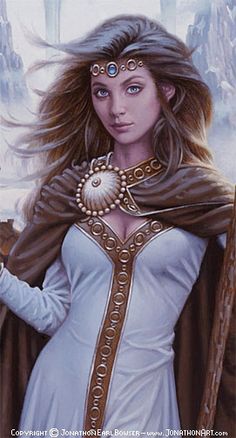 In Norse mythology, Skaði (sometimes anglicized as Skadi, Skade, or Skathi) is a jötunn and Goddess associated with bowhunting, skiing, winter, and mountains. 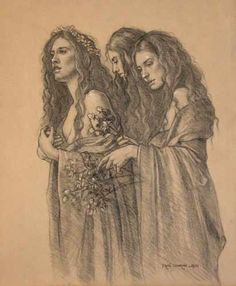 Sudjaje - Female deities from Slavic mythology who control destiny. Correspondent with The Fates of the Greek 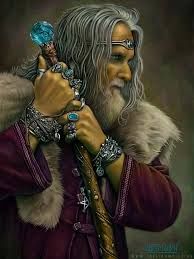 Diancecht was the god of healing and medicine in Celtic culture in Ireland. He was the physician to the Tuatha De Danaan, the ruling clan of gods 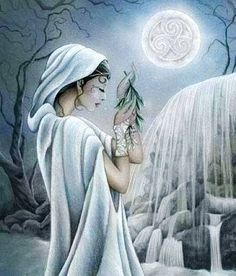 Airmid is the Goddess of Herb-lore and Herbal Healing. She is the daughter of Dian Cecht, the Tuatha De Danaan's head healer. She knows all the lore,... 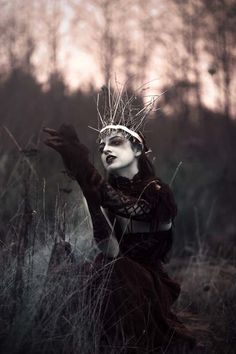 Nantosuelta - Celtic: Nature Goddess worshipped primarily in Gaul. One of her attributes was the raven, which linked her with the Irish goddess Morrígan. The raven may also connote an association with the home, with fertility, and also with the dead. There is a water attribute associated with her. She is sometimes portrayed together with Sucellus (“Good Striker”), the Gaulish god of agriculture. ---Sarah bowman artist 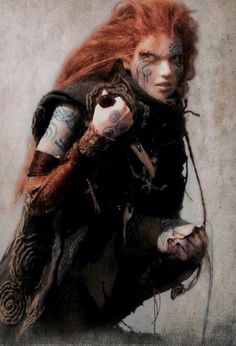 Nemain - (Nemhain) : Celtic Goddess of Panic and War, and one of the battle furies. It was said with a single battle cry she could kill 100 men.She may be an aspect of the Morrígan. 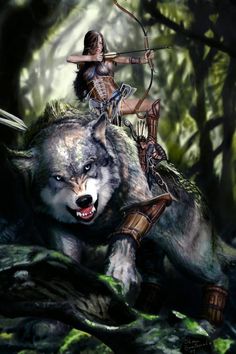 The Gaelic Goddess of the Hunt, Abnoba The Celtic Wolf Goddess 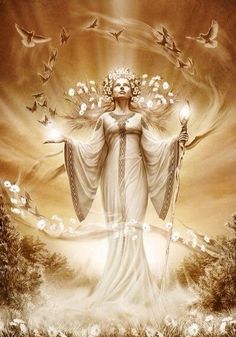 Lada - The Slavic goddess of love, beauty, marriage spring and is also known as the “Lady of the Flowers“ 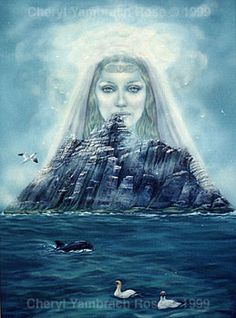 Ériu: Irish deity & personification of Ireland. Also known as Eri. Daughter of Ernmas of the Tuatha Dé Danann. Part of a triple goddess, along with sisters Banba & Fódla. Wife of Mac Gréine. Lover of Lugh & Elatha. 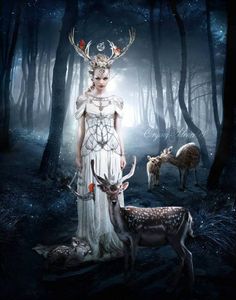 Gypsy Moon's Enchanted Chronicles...my ramblings, thoughts and images of what I like (and what I don't like). Obviously I like Stevie...that's why she is on top of this blog. Follow me and you'll get to know my likes & my dislikes. CURRENT MOON the moon 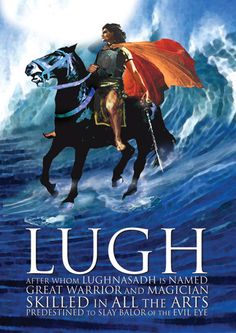 Overview Lugh was the son of the beautiful Eithne who was the daughter of Balor of the Evil Eye. Balor imprisoned Eithne in a high tower so that she would never have a son, as it had been prophesised that he would be slain by his own grandson. But, in stealing the great cow called […] 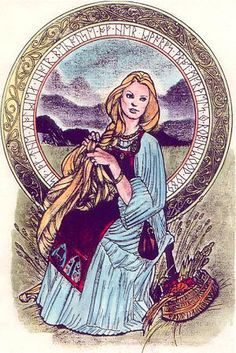 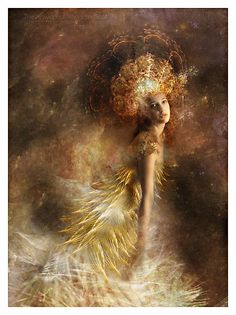 ‘Modron the Mother Goddess’ by WanderingSoulArt

In Welsh mythology, Modron ("divine mother") was a daughter of Afallach, derived from the Gaulish goddess Matrona. She was the mother of Mabon, who bears her name as "Mabon ap Modron" ("Mabon, Son of Modron"), and who was stolen away from her when he was three days-old and later rescued by King Arthur. In the Welsh Triads, Modron becomes impregnated by Urien and gives birth to Owain and Morvydd.