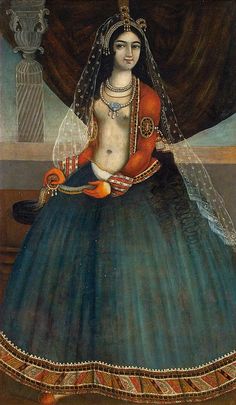 This is one of the series of full-length paintings showing court beauties, intended for the decoration of the Iranian ruler's palace. The woman's costume is a good indication of the date this painting was produced. During the rule of Muhammad Shah European culture made even greater inroads into Iran and had a particularly strong effect on fashions. Iranian women began to wear broad skirts recalling European crinolines. Here this kind of skirt is combined with typically Iranian details of… 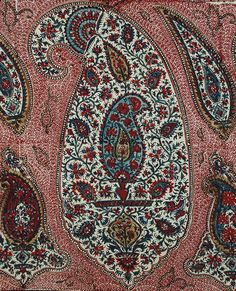 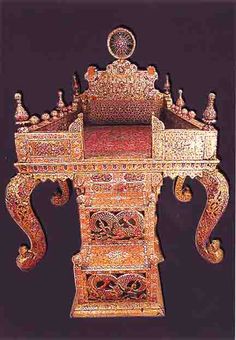 During the reign of Fathali Shah and by his order, a great throne was made under the supervision of Nezamoldoleh Mohammad Hossein Khan Sadr Isfahani, the governor of Isfahan, using gold and loose stones from the treasury. As a motif of the sun, encrusted with jewels, was used on the top of the throne, it became known as the Sun Throne. The throne was later called the Peacock Throne. 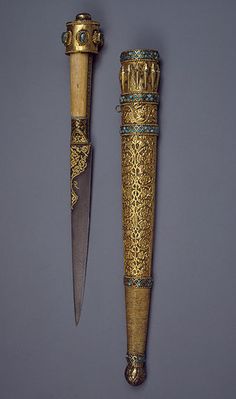 Knife - 1801 central asia Iran - treasury of khiva Qajar - I need to carry this around. 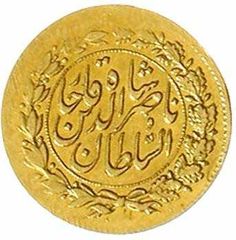 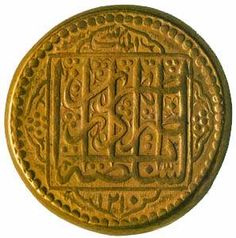 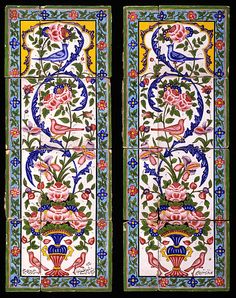 Two panels of earthenware tiles painted with polychrome glazes over a white glaze. Qajar art, from the Qajar Dynasty of the late Persian Empire (1781-1925). 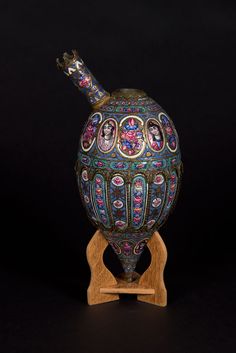 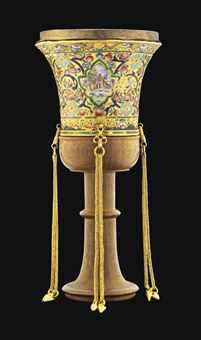 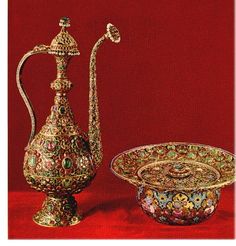 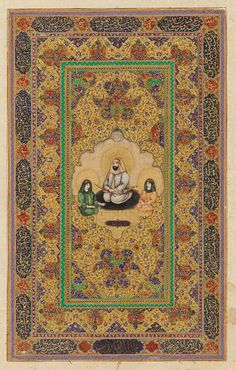 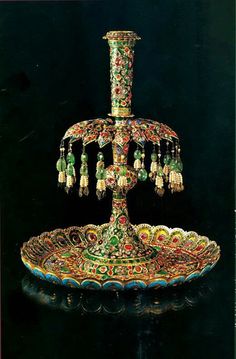 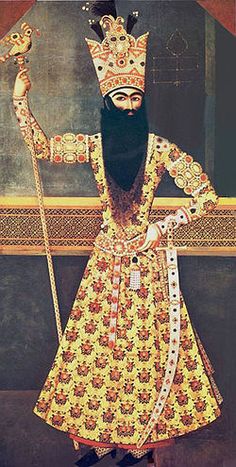 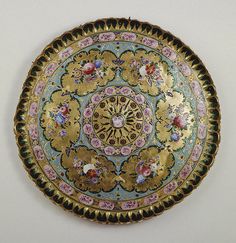 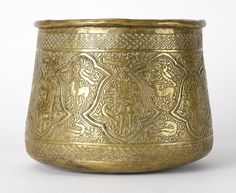