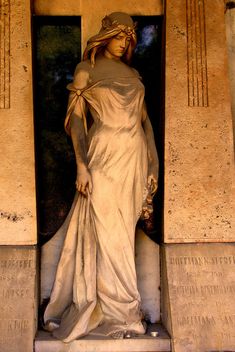 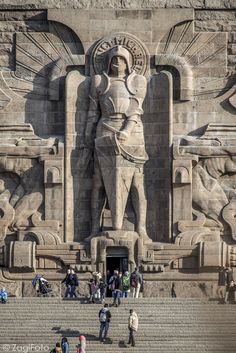 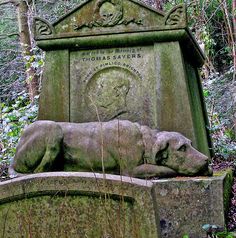 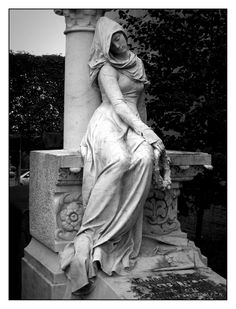 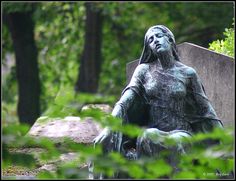 This gravestone can be found in the Cimetiere de Montmartre in Paris. 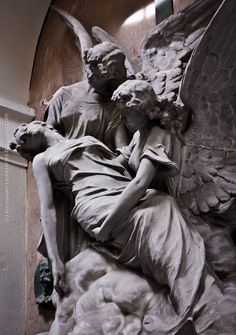 Escorted to Heaven: The dead and the angels...

This Post is all about the belief that you're not going alone to heaven. I've seen some fine examples at the Staglieno in Genoa and here's... 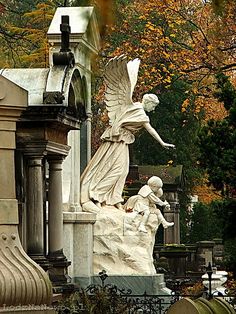 See where this picture was taken. [?] 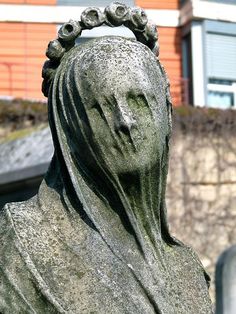 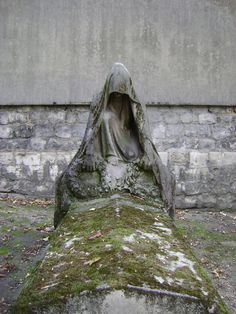 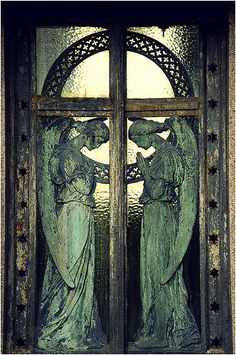 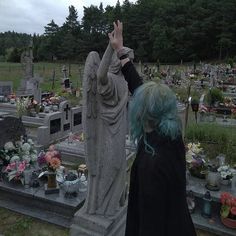 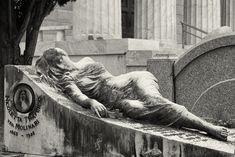 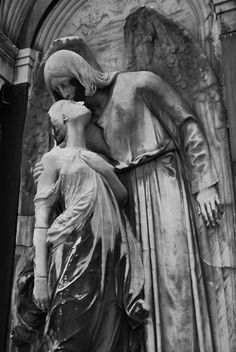 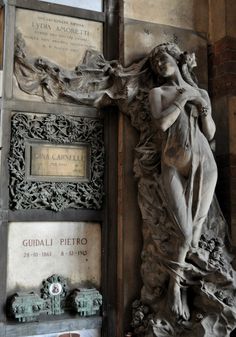 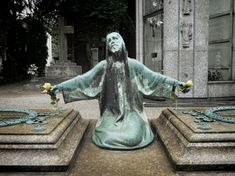 Stop all the clocks The Cimitero Monumentale (“Monumental Cemetery”) is one of the two largest... 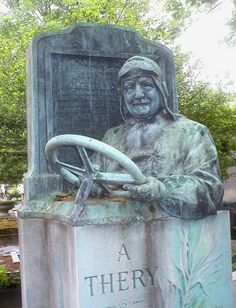 Gravestone/monument of Léon Théry at Père Lachaise in Paris. A celebrity in his day, Théry was a French racing driver nicknamed "Le Chronometer" who won the premier European race, the Gordon Bennett Cup, in both 1904 and 1905. He also worked for Michelin and is rumored to be the inspiration behind the Michelin Man. He died of tuberculosis at the age of 29, and yes, he already looked as old as his likeness. The perils of no sunscreen!